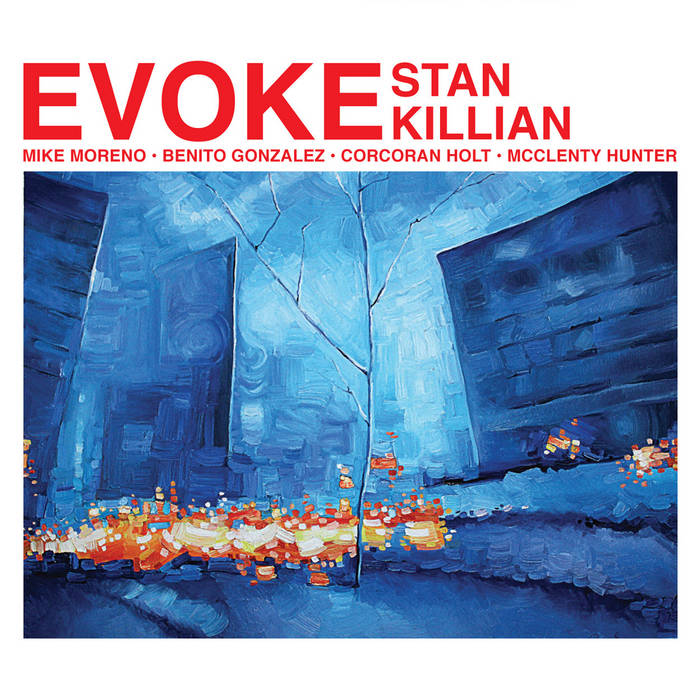 In the small span of four years, having worked and recorded with many contemporary jazz luminaries such as Antonio Sanchez, Scott Colley, Ben Monder, Luis Perdomo, Gene Jackson, Eric Revis, and most recently, David Binney, Jeremy Pelt and Roy Hargrove on Unified, his Sunnyside debut, Stan Killian quickly acquired the reputation on the New York jazz scene as an “intrepid saxophonist” and “a force to be reckoned with,” observed Icon Magazine’s Nick Bewsey. Critic S. Victor Aaron, who named Unified as one of the best albums of 2011 for Something Else!, noted that Killian “going up against a major figure like Hargrove proves that he belongs in that kind of company.”

Evoke, the follow-up album to the aforementioned critically acclaimed recording Unified, shows Killian in peak form. Adding modern guitar master Mike Moreno to his quartet of the past four years, Killian states: “With this recording, I wanted to showcase my working band and some of the original music we’ve been developing over the past year at our steady 55 Bar gigs in New York. The first record with this group was more of an introduction to who I am as a player, composer, and band leader but may have been overshadowed by some of the heavy guest artists we had on it.”

All compositions by Stan Killian