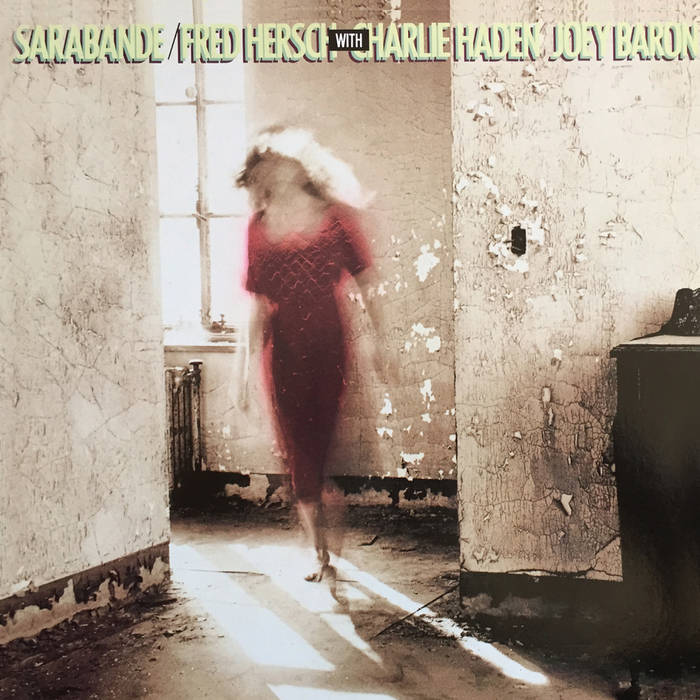 On January 22, 2016, Sunnyside Records will reissue a re-mastered edition of Fred Hersch’s tremendous Sarabande recording from 1987, which features the recently departed legend Charlie Haden on bass and the outstanding drummer Joey Baron.

Below are the new notes from Mr. Hersch:


In around 1984, I began to do some playing with Charlie Haden – first at the late, lamented duo club Bradley’s and then with soprano saxophonist Jane Ira Bloom and Ed Blackwell on her album Mighty Lights. I also owned a recording studio in my loft in New York’s Soho district during that time. I had made a debut recording for the Concord label early in 1986 (with Marc Johnson and Joey Baron) and was looking to record my second project as a leader. I knew that Charlie was in town in December, 1986 so I put together two days in my studio to record Sarabande. I had written the composition “Child’s Song” already as a dedication to Charlie; its major key, folk-song melody and open improvisation section seemed to be fitting. Of course we had to record something by Ornette Coleman – the way Charlie was able to create spontaneous harmony was a marvel. And I brought in two new tunes for the session. “Cadences” is a humorous take on the II-V-I progression that is so important to Western music. The title track takes its name from the slow movements in all of the Bach keyboard suites; they are based on the Renaissance dance rhythm of the sarabande in a slow ¾ time signature. Though – unfortunately - this trio never played a live gig after the recording, I felt like the three of us danced through the music together in a very special way on this album. This re-issue is dedicated to Charlie Haden, one of the most important figures in jazz and a truly great artist. – Fred Hersch, May, 2015